Unfortunately, during the previous years, from the 1990s, our visitors we not able to enter and see  the permanent display "Bosnia and Herzegovina in the prehistoric times". The exhibition halls, which once held the permanent setting from the prehistoric times, suffered various large damages to the interior and exterior, while the exhibits were returned to the museum depot.

Today, 25 years later, with great efforts by the Management and Staff of the Museum, with enormous financial assistance and support from the United States Embassy and the Commission for the Preservation of National Monuments, the project of reparation of the infrastructure, whose implementation began after the reopening of the National Museum of Bosnia and Herzegovina in 2015, were presented.

The east wing of the Department of Archeology building today has had conservation and repair of the roof, restoration of wall paintings and provision of fire alarm system in archeology and natural sciences and video surveillance in the complex done. As part of the project, sophisticated equipment was acquired for preventive conservation of the collections. All of the above mentioned work completed under this demanding project will create the conditions for setting up the exhibition "Bosnia and Herzegovina in the prehistoric times", which will be re-opened after a long time in the archeology department's refurbished exhibition hall. 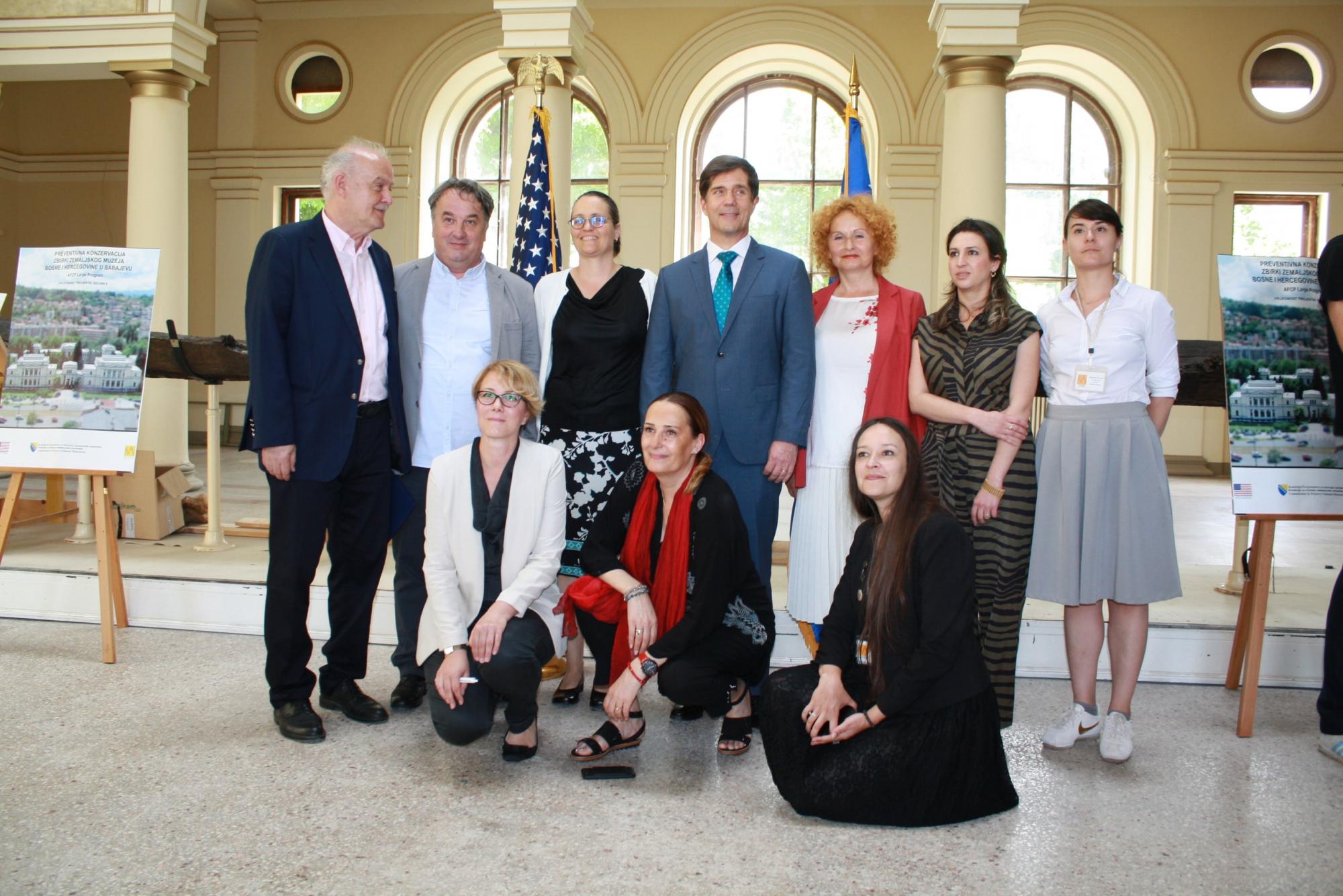 During the presentation of the project speeches were held by HE Nj.E. Eric Nelson - Ambassador of the United States to BiH, Amir Pašić - Chairman of the Commission for Preservation of National Monuments, Mirsad Sijarić - Director of the National Museum, and Elmedin Konaković - Chair of the Canton Sarajevo Assembly, who announced the support of the Government of the Sarajevo Canton to continue the project.